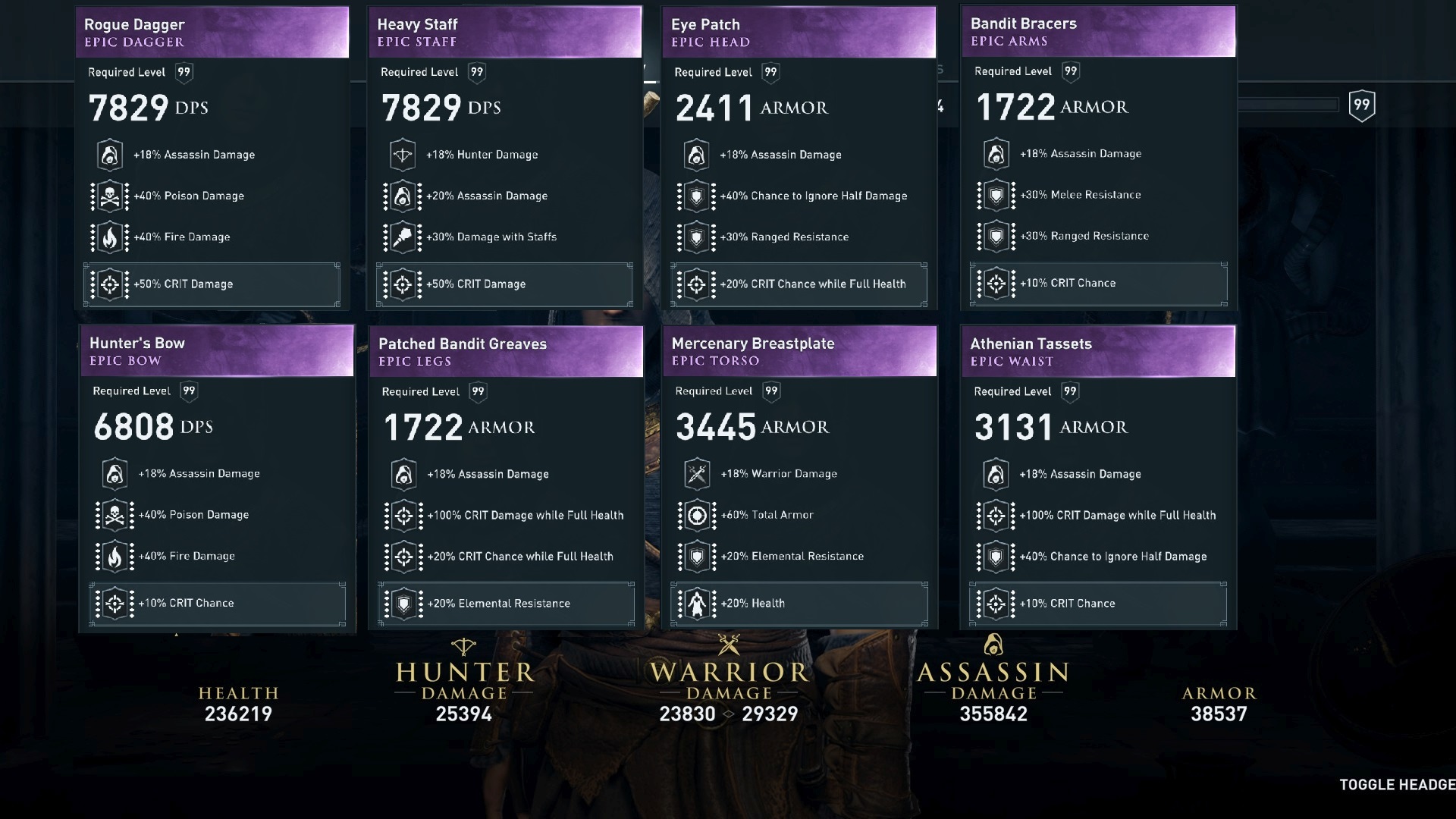 Ubisoft patchlog of the version update 1.0.7. for Assassin's Creed Odyssey says it all. The developers have done a bit of balancing, reworked the hitboxes for Legendary Animals, added NPCs and vigorously polished the photo mode. We are also very happy for the increased level cap. It has been raised from 50 to 70. With the second episode of 'The forgotten stories of the Greek World' story expansion Ubisoft also serves us fresh content. One new feature stands out: customization menu.

Make yourself pretty - and stay strong

Ubisoft adds the visual character customization in Assassin's Creed Odyssey 'transmogrification.' After upgrading to version 1.0.7 via the Uplay client, you suddenly have a wealth of additional inventory options. The system allows you to make armor pieces or weapons to look like any other piece of equipment. Sure, you do not make a club out of a sword. But if, for example, you go for the look of a particular breastplate, but you do not like the values of that armor, you can simply replace it's look to any other upper body armor as to your desire. The bonus attributes are retained.

In Assassin's Creed Odyssey, the new customization options are especially handy. Because sooner or later, every player will find that they do not want to wear one of the better armor just because of their looks. No doubt they are all beautiful but the wardrobe in AC Odyssey is so well filled after only a few hours of playing that you always have another favorite when it comes to the style. Actually, when you want to become stealth Assassin, but like to wear Hunter clothes, even though they only grant raffles bonuses? With the Transmogrification system, you just wear what you want and you're happy about meaningful bonuses.

But there is one prerequisite: you first have to unlock the pieces of desired equipment. It also does not matter if you have previously disassembled a visually-appealing, ordinary armor and it is no longer in your inventory. Once owned, the visual appearance can be permanently transferred to other pieces of armor in the future. This also applies retroactively to any parts you found in the game before the patch was released. The more you discover in the sprawling world of Assassin's Creed Odyssey, the bigger your wardrobe becomes.