Click the product names to open a new window listing possible sources for the hardware. Be sure to consider USB hardware only. VideoGlide does not support PCI devices.

The following devices do NOT come with VideoGlide. You will need to download VideoGlide and purchase a VideoGlide serial number in order to use them: 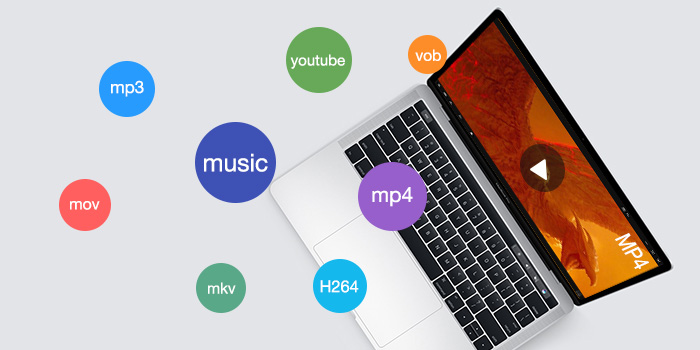 In general, VideoGlide devices have one s-video input and one composite input. TV-tuner style devices have only one s-video input. If this matches the technical description of your device, it may be a VideoGlide device.
* Audio is not supported on the DVC-100. If you do not already own a DVC-100, we strongly recommend purchasing a different device.
** LinXcel devices capture only 320 horizontally. The video is interpolated to 640.
*** s-video and/or composite inputs only. Built-in TV tuner not supported. VideoGlide devices have been sold by various manufacturers since 1998. Manufacturers include Pinnacle, KWorld, LinXcel, VideoHome and many others. Devices originally sold as PC-only are also supported. Compatibility can be checked using the VideoGlide For Mac OS X demo mode. Simply click the 'Download' button on the right, and install and run the software.
VideoGlide devices allow the capture of video from almost any video source including VCRs, cam-corders, DVD players, personal video recorders, digital cameras, etc.
VideoGlide devices accept either s-video or composite video sources and will work with the broadcast standards NTSC, PAL and SECAM found throughout most of the world.

Video from VideoGlide devices can be used in a variety of ways. For example, you can record your favorite home-movies and clips to keep handy on your computer. It can be used with web-cam software to upload an image to the Internet periodically. It can be used with web-streaming software to create online broadcasts of live or prerecorded events. Live-video chat is possible with the appropriate software. Captured movies can be put on a CD or a website for viewing by anyone with a CD player or Internet access. It can be used for motion-detection applications, or by clay-mation hobbyists. For a summary of some of the supported third-party software and where to obtain it, check the 'Applications' page.

The captured video quality is extremely good, with brighter colors and better contrast than typical DV captures. Video and audio synchronization is excellent, even with extremely long captures. Captured movies require only 66.5 GB of disk storage per hour of uncompressed yuv video. Using the recommended JPEG compression requires only 3 GB of storage per hour.

In addition to video, the VideoGlide software is able to capture still images with a resolution of 640 x 480.

Some VideoGlide devices come with audio inputs. These audio inputs are occassionally rerouted to the Mac microphone port, in which case the audio sample rate is as good as the Mac can provide; typically 44.1 KHz 16-bit stereo. In other cases, audio is brought in over USB along with the video. These devices support up to 48 KHz 16-bit stereo.

The VideoGlide software supports multiple devices, i.e. more than one device can be plugged in and used at the same time. This is particularly useful with security applications like Ben Bird's SecuritySpy. It can also allow multiple simultaneous broadcasts from the same machine using webcam software like Econ Technologies' ImageCaster. Note that one serial number per device will be required, i.e. to enable 3 devices, 3 serial numbers must be purchased. Note that a stock machine with no additional USB 2.0 PCI cards can run only two devices simultaneously, and one of those must be at 320 x 240. Adding USB 2.0 expansion cards can increase the number of devices that can run simultaneously, and the frame sizes at which they can operate.

Auto-Detect Input And Format allows video sources to be swapped in an and out dynamically without the need to inform the application that a change occurred. The VideoGlide software will automatically select the input carrying the video, as well as its format, for example PAL or NTSC.

The included VideoGlide Capture software will allow you to capture video from a VideoGlide device. It also has an extremely fast full-screen preview mode. VideoGlide is Apple-scriptable.

The included VideoGlide Export software will allow the export of QuickTime movies to any other QuickTime format including DV Streams required by iMovie and H.264 or MPEG-4 movies required by iTunes and video-enabled Pods. QuickTime Pro is not required.